Travel in time with Cretarent

It is well known the relationship between Greece and mythology. Crete has a special relationship since according to legend is where Zeus was born. You can’t leave the island before you explore the mythical Cretan island, rent a car in Crete and travel to time, explore all the archeological sites and became part of the history! These are the main Ancient sites that Cretarent have suggest for you to explore by car.

The Minoan palace of Knossos 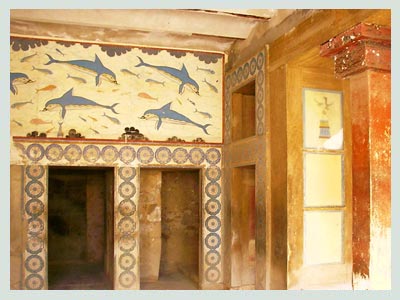 Knossos is the most important archaeological site on Crete. It holds the second position after the Acropolis in attracting visitors. It is just 5 km from the city of Heraklion. Knossos was inhabited from the 7th millennium BC. This is the oldest civilization of the Neolithic period in Crete. During the third millennium BC prominoiki a city built over the settlement of the Neolithic period. The first palace of Knossos was built around 1950 BC but was destroyed by an earthquake around 1700 BC A second palace, magnificent and impressive than the first was erected soon after, but it had the same fate as the last great catastrophe of 1400 BC Knossos remained inhabited until Roman times. The premises of the various restorations you see today are the second palace. According to mythology, king and ruler of Knossos was Minos, who was born from the union of Zeus and Europa. The wife of Minos, Pasiphae gave birth to a humanoid monster, the Minotaur. The Minotaur was imprisoned in an underground labyrinth which Daedalus built. Young men and women from Athens, offered as a sacrifice to the Minotaur, until the day arrived when Theseus, who with the help of Ariadne (daughter of King Minos) managed to kill the monster. This myth suggests the dominance of Minos and the subordination of Athens to Crete. The word labyrinth comes from the word "labrys" meaning double ax, the most sacred symbol of the Minoan civilization. This powerful symbol found everywhere engraved or painted on vases, seals, reliquaries, paintings etc. He discovered first part of the palace in 1878 was coincidentally the same name as the king of Knossos. Minos called Summer and was a merchant from Heraklion. He found 12 large storage jars and other objects. However, systematic excavations in the area was conducted by Arthur Evans in collaboration with the British School at Athens in the early 20th century. Many have blamed Evans for restorations, but it is undeniable that without them would enable the visitors to Knossos today a complete picture of this magnificent palace with its complex structure that distinguishes it.

The Palace of Phaistos 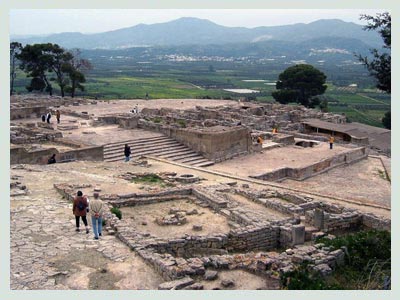 Phaistos was located about 62 km southwest of Heraklion Crete. Built on a low hill at an altitude of 100 m above sea level, surrounded by tall mountains of Psiloritis Asterousia Mountains and the Lassithi mountains. East and north of Phaistos is the Lithaios from where the residents were supplied with water. It is one of the three important cities founded by Minos and was the second most important center of Minoan civilization era. Many authors have reported ancient Phaistos. among them Homer, who mentions the involvement of Phaistos in the war of Troy and describes as a "well populated" city. The Rodamanthys the mythology, the son of Zeus and brother of Minos, to reign at Phaistos. Phaistos was inhabited since the Neolithic era and prospered enormously in the mid third millennium BC, the Bronze Age. The development of this great city lasted until the establishment and spread of the palace of Knossos. In early 2000 BC the power of kings Phaistos passes so great palaces begin to be built. In 1900 BC was the first palace, along with the other buildings, had an area of 18,000 sq.m. Around 160 BC an earthquake destroys Phaistos, and Knossos. But not long to build a new, more imposing palace, from which originate most current findings. The city of Phaistos still inhabited during the Mycenaean and the Geometric period. In the centuries that followed the Phaistos grows more and more. Its area is growing and acquire wealth and self-reliance. It is important to mention that minted its own coins and under the power was up and Nuts islets, which were then called Litoai. We also ran two very important harbors of Minoan times, Matala and Kommos. Around 100 BC Gortyn, the neighboring town, enslave and destroy Phaistos. After it starts to decline. The number of residents begins to decrease significantly in the years of Venetian rule there are very few traces of life. The first highlighted the location of Phaistos was the master Spratt. In 1884 began the first inquiries from Halbherr and the Italian Archaeological School continued from 1900 until 1904. He later took the Doro Levi (1950 - 1971). One of the most important finds from the excavations at Phaistos is the famous Phaistos Disk. Was discovered on June 3, 1908, the Italian Luigi Pernie in a basement room in the palace of Phaistos, possibly dating to the 17th century BC The Phaistos Disk is one of the greatest puzzles in the history of archeology, as the deciphering of what he writes above has not been until now, nor know the reason for its construction. Now kept in the Archaeological Museum of Heraklion. 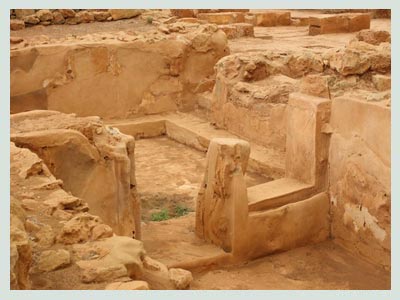 The archaeological site of Malia located 37 km east from Heraklion city in northern Crete. East of Malia is situated the Minoan palace of Malia in a beautiful location near the sea. The excavations at Malia started in 1915 by Joseph Hatzidakis and in 1921 assumed the French Archaeological School. Traces of human life in Malia are from the Neolithic era. Since the mid-third millennium to the end of prehistory Malia appear to have been inhabited continuously. The palace began to be built around 2000 - 1900 BC Before the palace built in the same position of a settlement dating to 2500 - 2000 BC In 1700 BC The palace was destroyed and rebuilt in 1650 BC the same position and with the architecture. After some years made ​​some tweaking. The total destruction of the palace of Malia recorded in 1450 BC ie the same period and recorded the destruction of the other Minoan palaces. The legend says that the palace of Malia served as the residence of Sarpedon, brother of Minos.

The Ancient Village of Gortina 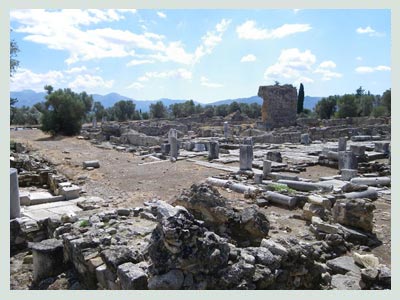 Gortyn is located 45 km from Heraklion, Crete (about 40 minutes by car). It is built on the plain of Messara, in which it is assumed that early humans lived in Crete, somewhere in the late Neolithic period. This is one of the most important cities of Crete and one of the largest archaeological sites in Greece with 6,000 years of history. The first investigations began in Gortyn the Ottoman period by finding the large inscription in 1884 by Joseph Hatzidakis, Italian Federico Halbherr and Stephen Xanthoudides. Shortly after, in 1898, the first excavations began and lasted until 1940. From historical data seems to be inhabited around 3000 BC and flourished in the Minoan period from 1600 BC to 1100 BC It was destroyed twice by earthquakes. The second time in 796 AD The disaster was huge! Built on the ruins of the present villages Saints Ten Ampelouzos and Cathedral. Gortyn was able to put Phaistos second place, a town in Minoan times was the largest city of Crete. During the Roman Empire Gortyn continued to flourish. Its growth was so great that he became the capital of Crete and North Africa. Finally in 828 AD Arabs completely destroyed the city. In Gortyna the sixth century AD was named one of the first churches of Christianity, the famous church of St. Titus whose ruins exist even today. Important findings in Gortyn is Praitorio which was the seat of the Roman governor of Crete, the Roman Baths, the Temple of Apollo and the temple of the Egyptian deities. The Roman Theatre is another important discovery. Behind the theater there are large slabs of stone, on which are inscribed the laws of Gortyn. Important is also the coins cut in ancient Gortyna. Three coins were found in the 4th century BC, by one third and one from second to first century BC The four depict Europe and a head of Zeus of Minos. There are several versions regarding the renaming of Gortyna. This prevailing says the city's name comes from the Gortyn son Rodamanthys king of Phaistos and brother of Minos. One myth says that Zeus resorted to when Gortyna Europe stole from Lebanon, disguised as a bull. Zeus and Europe had three children. Three kings of Minoan palaces of Crete.